Intex has come out with a new series of smartphones that features 4G capability and some stylish designs. When we first got to have hands-on with the device, we were surprised too. Though the 4G feature is not something which is very new in the market. Intex launched total three smartphones which are Aqua 4.0, Aqua Crystal and Aqua Supreme+. All the smartphones are launched in the low-budget segment that is below 10k. Let us have a look at the features of all the three smartphones.

Intex Aqua 4.0 comes with 4-inch amoled display(Yes you heard it right) having resolution of 360×640. The phone has a total thickness of 10.4 mm and is extremely light weight. It is powered by 1.3 GHz quad-core processor having SC9832A chipset. It has 512 MB of RAM and 4 GB of ROM. You expand the memory using SD card up to 64 GB. For camera it has 2MP rear camera with VGA selfie camera. It has 1500 mAh removable battery.  Aqua 4.0 runs on the Android Marshmallow with stock android feel. The phone has 4G VoLTE support (Dual-SIM)and is priced for Rs. 4,199/- and is available in champagne, black and blue color variants. If you actually want to buy a 4G VoLTE phone in this price budget, then Intex Aqua is a good choice. Though I did not like the touch sensitivity of the device. The specs are ok considering this price budget, but I would say it is time that mobile phone brands upgrade the specifications for this range too.

Surprisingly the Intex Aqua Crystal has the best design of all. In fact I haven’t seen such a design in a phone having price this low.  When you first hold Aqua Crystal you will be unable to guess the price of the device. It is extremely light in weight. It has 5-inch HD IPS display and has a thickness of 8.3 mm. The device has glass panel on both the sides giving it a very good look. The rear glass panel makes it a bit slippery and a fingerprint magnet. Though the specifications of the device will not amaze you. It has 1.25 GHz 64-bit quad-core processor with MT6737 chipset. It has only 1 GB of RAM and 8 GB of ROM. You can expand the memory up to 128 GB using micro SD card. The rear camera is of 8 MP while the front is of 5 MP. It packs a 2100 mAh battery. Again this device also has 4G VoLTE and dual SIM support. It also runs on Android Marshmallow.  Other special feature includes tap & buy – price comparison and the device comes with some new apps like LFTY, MiFon Security and Vistoso.The touch sensitivity was better on this device. The price of Intex Aqua Crystal is Rs. 6,990/- and is available in black and white variants. The specifications are not that impressive but the device has a premium look. So if you want a device solely based on looks and normal usage then this is a good choice. But if you want better camera and performance then you can go for other competitors like Redmi or Coolpad.

Intex Aqua Supreme+ is the first multilingual 4G VoLTE smartphone which comes with Indus OS. It supports up to 9 languages with multiple regional keyboards. There is an app called Indus swipe which can convert english to various regional languages and vice-versa. Aqua Supreme+ boasts a 5 inch IPS HD display. It weighs only 133 g and you might feel that there is no battery inside. The device has overall thickness of 7.95 mm. It is powered by 1.3 GHz quad-core processor having MTK6737 chipset. As for the memory, it comes with 2 GB of RAM and 16 GB of ROM expandable up to 128 GB. Intex Aqua Supreme+ has a 13 MP rear camera and 5 MP front facing camera. The camera can take decent photos. Again this is a 4G VoLTE device that supports dual SIM. The Android version on this device is Marshmallow. It is powered by a 3000 mAh battery that can give you 6 hrs of talktime and 300 hrs of standby time. The phone is priced at Rs. 9,490 and is available in champagne and black color variants. It really has some impressive regional language support in the interface as well as keyboard. The specifications are again not that impressive but are good for normal users.

I would say that Intel could have given the exquisite design of Aqua crystal to Aqua Supreme+ and it would have been a great combo. Though we can say that Intex is trying to bring some design changes as well as regional language support to its new range of smartphones. Also connectivity is one of the important features on which Intex is focusing. Plus they have the traditional method of selling devices offline which is working out just great for theme. Also they have managed to capture the low budget segment of smartphones. 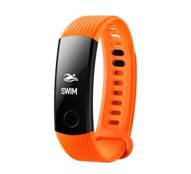 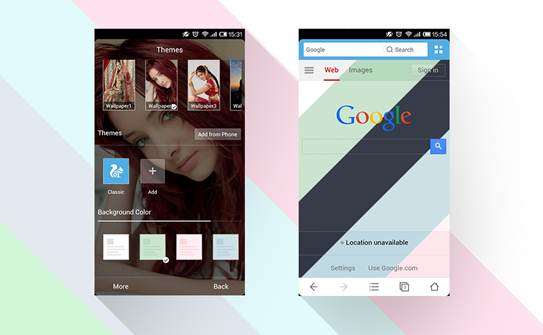 UC Browser for Android releases the New and Improved Version 9.2.2