Where blogging and business promotion is concerned, there are many questions to be asked. Leaving aside the search engine optimization strategies and content creation techniques, we have to also consider the social media aspect. With so many social media platforms around, it can be very difficult to choose the best one for your business. They are all good, but extremely different, and while it is advised to become active on 3-4 platforms at once, you will soon observe that one presence will be stronger than the other

Many people ask me which of the two titan platforms is better: Facebook or Google plus, and I tell them from the start that the question is wrong. These two mediums are fundamentally different from many perspectives. There is a reason why developers refer to Google+ as Google’s project, because it encapsulates the most attractive features that the search engine has to offer. Sure, Facebook is the perfect medium to create long-lasting connections with like-minded people, but Google+ is a business minded social media platform that will enhance your online activity.

The Google+ phenomenon has yet to take full scale, and until now, the users are mostly internet marketers, magazines, huge brands, bloggers, writers and in general, people who want to promote their business and gain online credibility. The best thing for people to do on Google+ is to push content, connect with people who work in the same domain, who have already created a name for themselves and so on. On the other hand, Facebook is a social media platform mostly dedicated to having fun.

People nowadays are spending hours without end scrolling through their news feeds, but they are rarely interested in informative articles or sites. They want to have a good laugh, look at clips or pictures, or find jokes. Hash tags may have been introduced to Facebook recently, but they will probably never be used at their full potential, because Facebook users are simply not that interested in organizing stuff, or finding information on particular subjects.

In terms of friend management, Google plus clearly gains the advantage as it has “Circles”. These circles will enable you to organize friends in relevant categories in accordance with their purpose. With the help of this Google Circlers you will be able to target certain information only to certain contact, while keeping your family or friends in a separate group. Facebook may show you friends of friends, but in the end, your contacts will be organized in an endless list of alphabetically arranged people, whom you might not know so well.

Another thing you should definitely consider, as an Android customer, is that obtaining mobile data from Google+ is a lot easier. The app for Google+ is fantastic, easy to use and it also has a clean interface. The mobile app will become an invaluable appendage of your Google+ presence, and with it you will be able to monitor everything that is happening from wherever you are. You probably already know that Facebook’s android app is somewhat clunky and difficult to utilize, not to mention that it often crashes.

Last but not least, Google+ offers Google Authorship, which in the world of bloggers, is one of the best features. What Google Authorship basically does, is to add a tiny picture to your articles when they appear on Serps, but this is not all. In the future, your content will be ranked according to your reputation, which can only be claimed with the help of Google Authorship.

All in all, we are not saying that that Google+ is better than Facebook, we are trying to prove that there is no way to compare the two platforms, especially because they offer different features, and advantages. Depending on the type of business that you want to promote, one social media platform might be more profitable than the other. 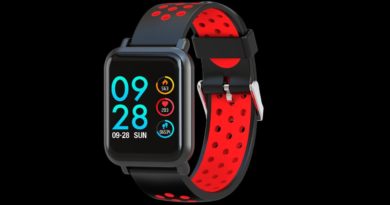