Honor today officially launched the Honor 5C smartphone in India which is powered by the Kirin 650 – 16nm processor. This time, the focus is on the performance as it was launched with the hashtag ‘Dare to perform’. We got a chance to experience the smartphone and here is what we think about it. Let us check out the specifications and features of Honor 5C. Commenting on the launch, Mr. Allen Wang of Consumer Business Group, Huawei India, said, “Honor smartphones are for the brave, people who are discerning and look to get the best in class and most innovative product and have a flair to keep up with their fast paced life. After the success of Honor 5X earlier this year, we are excited to introduce Honor 5c in Indian market and we are hopeful that we would continue to receive a great response from our consumers.

“Honor has always taken a lead in technology innovation and puts quality first. In the era of price wars we focus on quality over price and thrive on packaging together technology that make a product which has an edge in the market. Honor 5c features the much faster Kirin 650 16nm processor which is the first of its kind in this segment and will offer supreme performance to its users. India is a very significant market for Honor and with these persistent series of innovation, we would like to reiterate our commitment to the Indian consumers and offer upgraded experience with every launch”, added Allen Wang. Honor 5C has this aluminum alloy body which gives it a premium look. On the back, it has the 13MP camera with LED flash, fingerprint sensor, and the Honor logo. The power button and the volume rockers are on the right with hybrid SIM card slot on the left. On the top, there is the 3.5mm audio jack with Micro USB port and speaker grill at the bottom of the phone. The phone does have a premium design and weighs 156g. It has a 5.2 inch full HD display with 1920×1080 pixel resolution (423 PPI). The three navigation buttons are on-screen and there is no separate touch capacitive alternative.

It runs on Kirin 650 16nm octa-core (4 Cortex-A53 cores clocked at 1.7GHz + 4 Cortex-A53 cores clocked at 2GHz) 64-bit processor with 2 GB of RAM and 16 GB of internal storage. For the graphics, it comes with Mali-T830 GPU which will surely improve the gaming performance. The internal memory can be expanded up to 128GB using a memory card but you will have to compromise the dual sim capability as the card slot is hybrid. Overall the performance has increased and with use of Kirin 650 processor and the power consumption will be reduced. In failed to impress much in the AnTuTu benchmark test with a score of 53050. We need to test the gaming performance with this phone to find out the real strength of the hardware. On the software side, it has Android 6.0 Marshmallow running with their own EMUI 4.1 operating system. Honor 5C comes with 13MP rear shooter with BSI sensor and single LED flash. On the front, it has got 8MP camera again with BSI sensor improving the performance in the low light conditions. Honor has mostly focused on the manual mode that lets you adjust the shutter speed, focal length, exposure time and such advanced features. You can play with that and do light painting too which is a must try feature. Smartimage 3.0 image processor also provides you with creative filters, shooting modes and 10 different beauty modes. You can get all creative with the camera of this phone.

For the connectivity, it comes with Wifi, Bluetooth 4.1, GPS, Dual SIM(4G LTE) and USB OTG support too. The fingerprint sensor 2.0 is very easy to calibrate and works great but not the fastest I have seen. Honor also plans to use the fingerprint sensor for scrolling and as a button too giving it an additional advantage. The speaker grills are at the bottom and has a decent audio level. The phone comes with a 3000mAh non-removable battery and with the new processor, it will use the power efficiently thus increasing the battery life.

Honor 5C is priced at Rs.10,999 for which the prebookings have already started on Flipkart and Honor official store. It comes in three color variants that are gold, silver, and grey. The flash sales will start on 30th June and the next one on 7th July at 14 00 hrs. So go ahead and register yourself accordingly. The phone will surely have tough competition with other smartphones like the Redmi Note 3 and LeEco Le 2. Let us know if you have any doubts about this smartphone through the comment section below.

Along with Honor 5C, they also showcased a tablet Honor T1 which has 7-inch display with 1024×600 pixel resolution. It has the Spreadtrum SC7731G A7 quad-core processor clocked at 1.2GHz. It comes with 4100 mAh battery which offers 20hrs of 3G calling and 12hrs of video experience. It is priced at Rs.6,999 and is available on Flipkart. 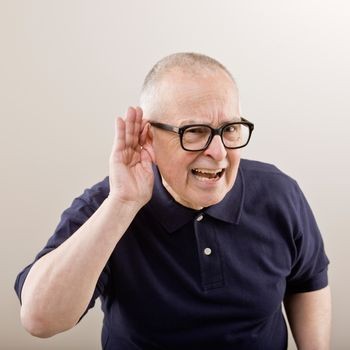