A smartphone is not only a phone to us now but it has evolved far beyond that. With the eternal demand of the new from the customers and fierce competition in the market have forced the manufacturers to keep innovating. This resulted in a revolution in this industry and now you can expect the top-end smartphones to pack more punch than your mid-range laptop despite the vast difference in size. The brand new Xiaomi Mi Mix 2 is an ideal example of this. Read along as we are going to analyze this amazing device in detail and after reading this if you wanna buy it, do not forget to check out these amazing flipkart offers to get a hefty discount. Roll the clock back a few years and you will find Xiaomi, a very new name struggling to make its mark in Indian smartphone heavily dominated by the likes of Tech giants such as Samsung, Asus, Lenovo etc. But it did not take them long to snatch the top crown with the huge success of its Redmi Note 4 and Note 5. The Redmi Note 4 last year became the most sold device ever in India last year.

Xiaomi is known for packing great specs without breaking and there is everything to be excited about the new Mi Mix 2. Its predecessor, The Mi Mix was one of the very first flagships of Xiaomi and yet it was priced way lower than other phones with similar specs.

The brilliant display is something you must look out for in the Xiaomi Mi Mix 2. Also, the powerful camera set up and the processing muscle it has is something that is surely gonna bowl you over. The display is the arguably the most beautiful display you will find in this range. In the original Mi Mix, Xiaomi had made their intention to keep the design minimal and you can see the trend continued in the Mi Mix 2. The front panel is almost all screen and nothing else. There is a stripe of bezel at the bottom but there is no annoying notch at the top like the iPhone X which many people find super annoying.

The display comes with a 2160X1080 pixel resolution and an aspect ratio of 18:9. The absence of a QHD display at this range is a bit surprising but the display still looks gorgeous at Full HD resolution. Colours are represented almost accurately, though a hint of saturation can be noticed. The screen has a pixel density of about 403 ppi and for a 5.99-inch device, it is pretty decent.

Operating the Mi MIx 2 outdoors is not an issue. The maximum brightness range is pretty high and the ambient light sensor works so well that it will instantly adjust to the conditions as soon as you bring it out in the daylight.

We could not think of a single valid reason why the Xiaomi did not put dual cameras at the rear end of the Mi Mix 2. Dual cameras and Bokeh effect are in trend nowadays and when even Xiaomi’s budget phones such as the Note 5 has a decent camera set up, it could not get any weirder.

The rear camera is nothing greater than mediocre. You get a 12 mp sensor ( yes, not even 13!). The sensor is made by Sony but still, it is no way impressive. Under broad daylight though, you can take some good looking snaps. The camera also has a 4 axis optical stabilization system and it worked pretty well while taking a picture on the go.

When it comes to taking a picture in a dark environment, the Mi Mix 2 suffers terribly. There are tons of noises in the images and they tend to look a lot darker than they are in reality. The flash also tends to burn the images and as a result, not of much help in low light conditions. The optical stabilization and HDR improves the situation a bit but with these many adversaries, even their effort goes in vain.

The front camera has an ability to shoot 4K videos at 30 fps. This is the only category where the rear camera excelled. Videos looked crisp and once again the stabilization worked like a charm. There is also an option to take slow motion videos but unfortunately, that is limited only to a mere 720p resolution. The maximum frame rate available for the slow-motion mode is 120 frames per second.

The Mi Mix 2 also features a 5 MP front shooter. The camera looked good enough and is able to take some decent selfies. There is also an option to beautify your images with as much as 36 profiles available. The front shooter is also capable of recording videos at 1080p to help with your video calling needs.

The big issue is, however, the positioning of the camera. While trying to keep the bezel minimum at the top, Xiaomi was forced to place the camera at the bottom of the camera and it is a huge hit and miss. You are most likely to smudge or cover the camera when using the phone with your right hand and also be prepared for a strange video call experience thanks to the awkward positioning.

Build quality, body and design of the Mi Mix 2

The best thing that has changed in the Mi Mix 2 is the size and aspect ratio. By changing the aspect ratio, Xiaomi has made the device a little taller but way slimmer in width. That makes this device easy to hold and operate in one hand.

The look of the device is absolutely premium and there is no way that you wouldn’t stop and say wow when you see this device for the first time. The whole body is built with aerospace industry standard ceramic giving it a unmatched strength and reliability. You would expect a total ceramic body to slip easily but surprisingly this not the case with the Xiaomi Mi Mix 2.

The use of ceramic, however, makes this device a little heavy and it may take a day or two before you get habituated with it. The phone has also introduced a curved design which looks inspired by the latest iPhones but it does its job wonderfully by increasing the grip of the surface of the device.

A big miss about this device is no water or dust protection. You will see robust dust and water protection even at devices priced as low as 20k and not having it in a 32k device can be very frustrating.

The operating system of the Xiaomi Mi Mix 2

As it is the case with most of the mobile vendors, Xiaomi also uses their own custom built skin over the stock Android. And for many of the Xiaomi fans, this is what played the pivotal role in the sudden rise of the Chinese company. The MIUI 9 which is the latest version of the OS can be downloaded over the air in the Mi Mix 2 which ships with an older version ( MIUI 8.5 ).

The MIUI is easy to use and there are tons of theme and icon packs available at your disposal. But what you will definitely miss if you have used other Android devices before is the app drawer. Also, there are a few bloatware installed here and there.

Xiaomi is pretty slow in updating the Android version and the Mi Mix 2 still runs in an outdated Android 7.1 Nougat. But it is rumored that an Android Oreo update is on its way and you can expect it around Q3 2018. However, updates of the MIUI is very much regular and you can expect new features or bug fixes every other week.

Touch and sensitivity of the Xiaomi Mi Mix 2

The touchscreen works like a breeze in the Xiaomi Mi Mix 2. The fingerprint sensor is placed at the back and it recognizes you almost instantly. The other sensors also worked pretty well and we did not notice any lag or delay. All in all, using this device is a pleasing experience.

Performance of the Xiaomi Mi Mix 2

The Xiaomi Mi Mix 2 is a powerhouse when it comes about computing. The device uses a Snapdragon 835 soc which is arguably the best chipset available in the market. It has a total 8 cores and 4 of them are clocked at 2.45 GHz and the other cores are clocked at 1.9 GHz. All cores use a Kryo engine and top-notch performance is assured. The phone also packs an industry standard Adreno 540 GPU which can run most of your games smoothly.

Other specs of the Xiaomi Mi Mix 2

The battery of the Xiaomi is a disappointment given the price range. You only get a mere 3400 mAh battery which is okay for a casual user but for a heavy user, this phone is not going to run all day. However, you get a USB C port which ensures lightning-fast charging.

As it is common with Mi phones you get a hybrid sim slot. Both the sims are nano sim and you can either use two sims or a single sim and a micro-SD card.

The phone has a mammoth storage capacity of 256 GB which can be extended further using the Micro-SD card.

The price range of the Mi Mix 2

The Xiaomi Mi Mix 2 is sold exclusively on Flipkart and you can get the 128 GB variant for Rs.32000. The phone is also available in the Mi India store and the pricing is similar.

Pros of using the Mi Mix 2

Check out what we loved the most about the new Mi Mix 2.

Cons of using the Mi Mix 2

There are a few things that did not meet our expectations in the new Mi Mix 2.

The Xiaomi Mi Mix 2 has seen a rather mixed review. Most of the critics have expressed their disappointment in the lack of dual camera set up and the awkward placement of the front camera. But it has received some appreciation for its brilliant design and amazing display. TechRadar has gone as far as hailing it as “You can’t unsee it”.

How to buy the Xiaomi Mi Mix 2

Follow these simple steps to buy the Xioami Mi Mix 2.

The Xiaomi Mi Mix 2 is not certainly the perfect phone available out there but it has its own strengths. The brilliant design, amazing display philosophy and the fact that it is way cheaper than other flagships out there, makes it a serious choice for every potential buyer in this range. 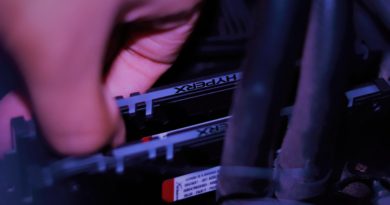