Driving car without distractions is not possible if you have a habit to look at your smartphone every now and then. I have observed people operate smartphones while driving and showing it off as a skill. Most of the road accidents happen due to distraction by using smartphone or engaging one hand to hold the smartphone to talk. Pioneer one of the leading infotainment and audio systems brand has launched SPHC19BT car audio system which makes the whole experience simplified. Their goal is to enable drivers to do all kinds of operation like calling, listening to music or navigating through maps without causing much of a distraction. Their new audio system has minimalistic options which are important and which user can find easily without getting disturbed. Pioneer SPHC19BT has a simple design with buttons for crucial controls. It has a screen with illuminated dotted RGB leds that notifies you of an incoming call or makes the mood according to the music playback settings. The display on Pioneer SPHC19BT is a one line display. It has buttons for music control, voice commands, maps navigation, reading messages, launching phonebook, and menu button. The system actually works with your smartphone, and has a smartphone holder in-built the system. One can remove the face panel and insert or pull out the smartphone holder. The smartphone can be either set as landscape or in potrait mode depending on the convenience of the user. It’s quite a unique design which you don’t regularly see in any audio system especially the smartphone holder thing. It is very minimalistic, futuristic design that Pioneer has engineered for new users. The basic buttons would help in giving better control to the driver and help him/her to focus more on driving. It also has a USB port for inserting USB drives for music, or for charging the smartphone quickly(Android or iPhone). The basic idea of Pioneer SPHC19BT is to use the smartphone’s display in sync with the audio system. They have their own Pioneer Smart Sync app on the playstore and on the appstore. Again it works on the principal of having a simple basic UI which can give access to music, phonebook, maps, and third-party music apps like Gaana, Amazon Music, Wynk etc. The app acts as a launcher having simple UI while driving. If one needs to make a call or play certain music, they can just press the voice recognition button and operate the system using voice commands. One can also give voice commands for navigating to a certain place using Google Maps. It has a separate button to read out incoming messages so that the driver is not distracted too much with small texts in the notification bar. You can easily launch the phonebook by pressing a button. All the other advance settings and features can be accessed through the extreme right Menu button. It is very easy to set the equalizer by making a swipe on the smartphone or choosing from default audio profiles. Due to the larger screen of smartphone, it is much easier to operate the audio system and play around the controls. One can connect the smartphone to the system using bluetooth pairing. The voice and track change controls are present on the corner of the face panel. The audio system can also connect with steering controls and work accordingly. Pioneer has got their own set of separate parking sensor which can be integrated with SPHC19BT and user can get detailed information about obstacles in the mobile app itself. Overall the audio system has almost everything a driver would need to access while driving the car. I would not say that this is the full proof method of avoiding distraction, but yes it will help the driver to a great extent. It is much better than using smartphone directly for the requirements mentioned above.

The Pioneer SPHC19BT is priced for Rs. 7,150 and can be bought through authorised retailers of Pioneer. One can download the Pioneer Sync App from the playstore or app store. 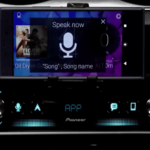 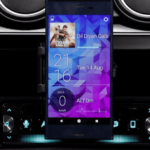 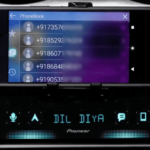 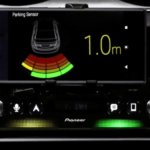 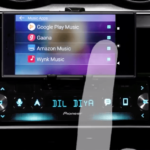 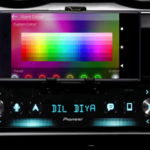