You use your computer every day. You even store vital information on it. And if it got compromised, you’d be in trouble. Yet, you can’t say you have much of an idea how it works. You just know it does, until it doesn’t. Learning how to prevent computer viruses is essential. Nowadays, viruses are so widespread that you can’t afford to leave your computer unprotected.

There are signs that let you know your computer might be infected. If your system slows down to a crawl, its available memory suddenly becomes nonexistent, important files are corrupted, or your computer behaves erratically, you could have a virus on your machine. Viruses can range from relatively harmless to extremely damaging. But at any rate, you don’t want to take chances with your computer’s security. Better safe than sorry!

This article’s here to give you seven essential tips to make sure your computer doesn’t get infected. Read on! How to Prevent Computer Viruses: 7 Tips

It might go without saying, but the first step in learning how to prevent viruses is to install antivirus software on your computer. Antivirus software is a computer program that’s meant to protect you against, and remove, malware. What is malware, you ask? Malware is a portmanteau for malicious software. In short, malware refers to any software whose purpose is to damage your computer.If you’ve been using your computer a while but haven’t installed any antivirus program yet, don’t panic! It doesn’t mean you’re infected with a virus. Whether you’re using Windows or Mac, you probably have a built-in free antivirus program. Since Windows 8, Windows has included an antivirus program called Windows Defender. Mac has its own antivirus called XProtect. If you’re not satisfied with those options, there are several popular antivirus programs that you can download for free, including AVG, Avast, or Avira.

You’ve got your antivirus program, and its role is to identify and eliminate threats. But it can also be used to scan your computer for viruses and remove them. You can program your software to run at regular intervals. The interval’s up to you, but you may not want to wait too long in between scans. For example, performing a computer scan once a week is a good way to ensure your device remains virus-free. However, working on your computer while your antivirus software is running can be a hassle as you might find it functions significantly more slowly. An efficient workaround for this is to run your scan at night, or whenever you know you won’t be using it for some time. Don’t forget to make sure your computer won’t go to sleep due to prolonged inactivity.

Just as computers get more and more potent, viruses and malware in general also evolve to adapt to newer systems. In short, if you have an antivirus program but never update it, it will soon be virtually useless. It just won’t be able to detect new threats, which are the most dangerous. Most antivirus programs will regularly run updates by themselves or will display alert messages if they are out of date. Make sure to open your program and check the settings. Updating it should be as easy as clicking on the “update” button.

Don’t just open any attachment or link that gets sent to you in an email. If you receive an email from an unknown source, don’t even open it. And most of all, don’t open the attachment! Just mark it as spam and delete it. Chances are, this email meant nothing good for you or your computer. Even if you do know the sender, make sure the email isn’t suspicious. Sometimes, one of your acquaintance’s email might get hacked and automatically send emails to everyone in their contact list. So, if you receive an unexpected email with an attachment from one of your contacts, check with them to see if they actually meant to write you. If this isn’t the case, simply delete the email. And of course, don’t open the attachment!

While we’re on the topic of sketchy emails, another threat to be wary of is phishing. What’s phishing? It means someone’s trying to get their hands on your sensitive information, whether it be passwords, credit card details, social security number, etc. Emails are a common means of phishing. Usually, you receive an email with a fake story and promises of money should you do the sender a small favor. Just ignore them, their only purpose is to steal from you. Another way they can try to get you is by passing off as a trustworthy entity, such as the IRS. Such an email might look somewhat official and either threaten you or entice you with money. Check the sender’s email address and see if it looks strange. Look out for typos and unusual language or communication. If you’re unsure, Google search this email for scams, and contact said entity directly via phone. Naturally, don’t communicate any sensitive information or make any payments without checking for their legitimacy first!

No matter how much you protect your computer, you’re never 100% immune against either viruses or technical problems. If you encounter a serious issue, important data could end up deleted, or you might have to re-install your operating system altogether. This is why it’s vital to regularly make backups of your sensitive or essential information. Windows allows you to create system restore points, meant to restore your computer at an earlier date if you run into problems. You can also backup your data on an external hard drive or in the cloud.

You don’t want to use the same password for everything. If you do and it gets compromised, you’re in trouble! When it comes to important passwords, such as your main email address or bank account, you should use different passwords and make sure they are strong enough. Passwords that are longer contain capital letters and numbers are stronger (which means harder to hack) than lowercase shorter passwords. There are also programs that allow you to store your passwords along with your usernames. This means you won’t even have to remember them all!

Now you know how to prevent computer viruses. Make sure your antivirus software is up to date and runs regular computer scans. Then backup your most important data and stay alert to spot fraudulent emails or websites. 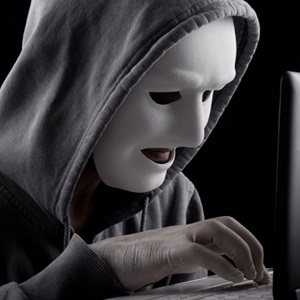 How to be safe from Hackers One thought on “How to Prevent Computer Viruses: 7 Tips to Live By”