As we move into spring it is time to take stock and see what trends are shaping up for 2018 – specifically in the realm of identity theft. As businesses and governments get better at improving security and guarding against identity theft, fraudsters have to innovate as well to find a way around these security measures. It is an everlasting arms race, and it is critical that you stay on top of the most common scams emerging this year.

To that end, we’ve compiled several of the popular new identity theft scams to emerge in 2018 and provide ways that you can avoid becoming a victim – whether as a business or as a consumer. As we are moving into tax season, tax scams are naturally going to be on the rise. The most common scam to be on the lookout for is a fraudster using your information to file a fake return. They put in bogus income and deductions in order to trigger a refund. Afterward, you’ll be called by the fraudster with them claiming to be from the IRS who will then threaten you with jail time if you don’t send the money to an account they specify.

Other tax scams include the use of fake tax preparation sites to capture your personal information which can be used for other forms of identity theft. The best defense against tax scams is to file early using a trusted tax preparer so that you can be sure you are working with people who are who they say they are.

This is a variation on a classic scam, changed only in that the fraudster poses as a member of the Federal Trade Commission and promises you money. The scam in general works as follows – a fraudster will contact you claiming that you are owed money (in the FTC version) or that they need to connect to your computer in order to provide urgent technical support.

If you follow their instructions you will end up granting access to somebody who will then use that access to obtain personal information or hijack your computer entirely. This can take the form of installing malware, taking you to a site and asking you to put in your credit or debit card information, or other forms of fraud.

The Advanced Tech Support Refund scam is easily identified due to the fact the program has already been completed by the FTC. Other general tech support scams can be avoided by remembering that tech support companies will NEVER call you unsolicited and generally cannot detect if you are having computer issues. 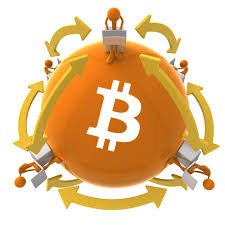 This is the modern version of the chain letter scam. The way the scam works is that somebody sends you a message promising that if you pay into the scheme you can recruit others into it and collect from them. The scheme is perpetuated through cryptocurrencies like Bitcoin, though smaller and less valuable cryptocurrencies like Litecoin and Jetcoin are also used (the latter having been shut down rendering the currency worthless).

The best defense against this scam or scams like it is to remember that there is no such thing as a free lunch and if it’s too good to be true it probably is. These scams promise massive returns for minimum work or investment. You’re not going to be a millionaire with only a few years of light effort and anybody promising this to you is probably lying.

Remember to Always be Vigilant

Ultimately, keeping safe is about being vigilant. Making use of services like Cognito can help businesses to protect consumers from identity theft, and consumers themselves merely need to remain vigilant and skeptical about anything that asks for their money. With any purchasing decision you make in life, you generally try to weigh the pros and cons and do not make hasty decisions anyway right? Be the same way if the promise is large returns on investment. Analyze the claim, do a little figuring, and find out if their claims match with reality.